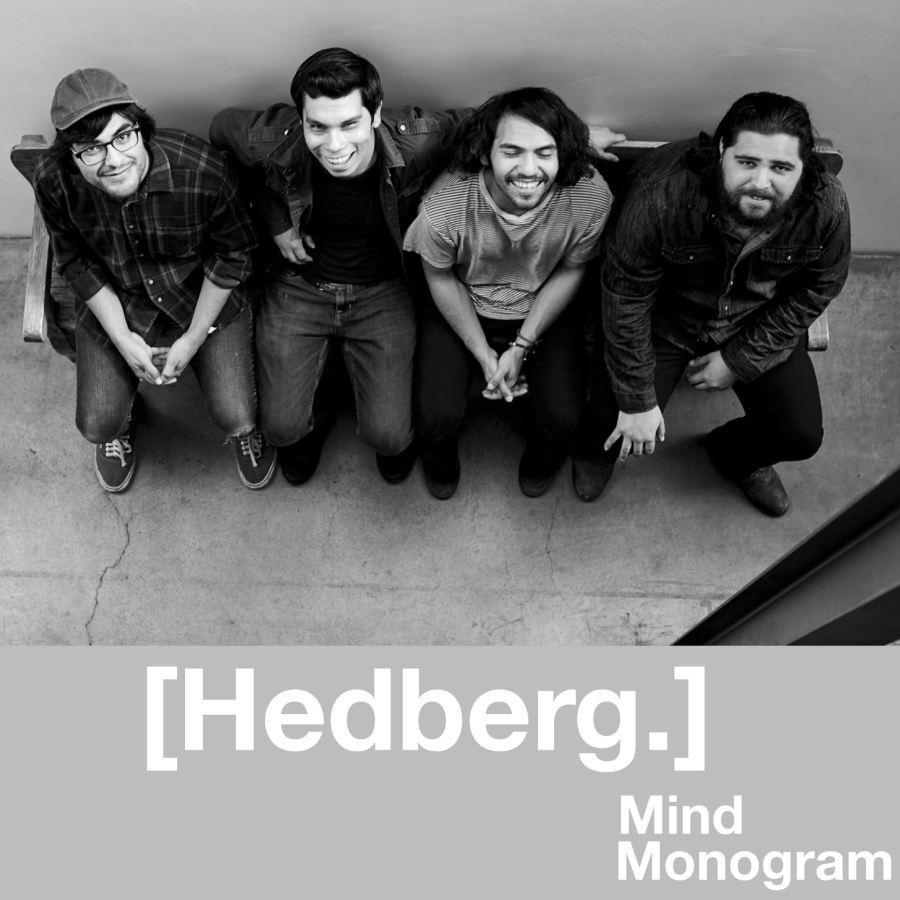 Never ones to take their own evolution lightly, local four piece Mind Monogram has elevated adaptability to the level of an art form in the short three years of their existence. With four very different releases under their belt – three EPs and one LP – the band’s commitment to artistic fluidity has been well documented and navigated with veteran skill. Even the band’s origin followed this philosophy of constant change, with a slow accumulation of musicians beginning after an initial solo EP from frontman and lead guitarist Edgar Ruiz. As the release of their upcoming album Ivory Halls looms quickly on the horizon, Mind Monogram continues on their journey of musical growth with their dreamy new single, “Hedberg.”

The track begins with languid, echoey guitar complimented by muted brass tones, immediately transporting the listener to the coziest corner of the hottest jazz bar. Arranged in well-crafted jazz chords, these elements continue throughout the song, creating the perfect bolster for Ruiz’s fluid tenor to rest upon. Written as a ode to the late comedian Mitch Hedberg, the lyrics riff on one of Hedberg’s famous one liners, in which he claims to be tired of following his dreams and offers to just meet up with them later: “I’ll catch you later, you know you can’t keep me waiting for you / And come the sunrise, you know I’ll go where the wind may take me.” Besides being a fitting tribute, the lyrics also address an issue that resonates with so many of us: the constant floundering for direction in a world that often seems directionless. Perhaps it’s best to just let the wind take us.