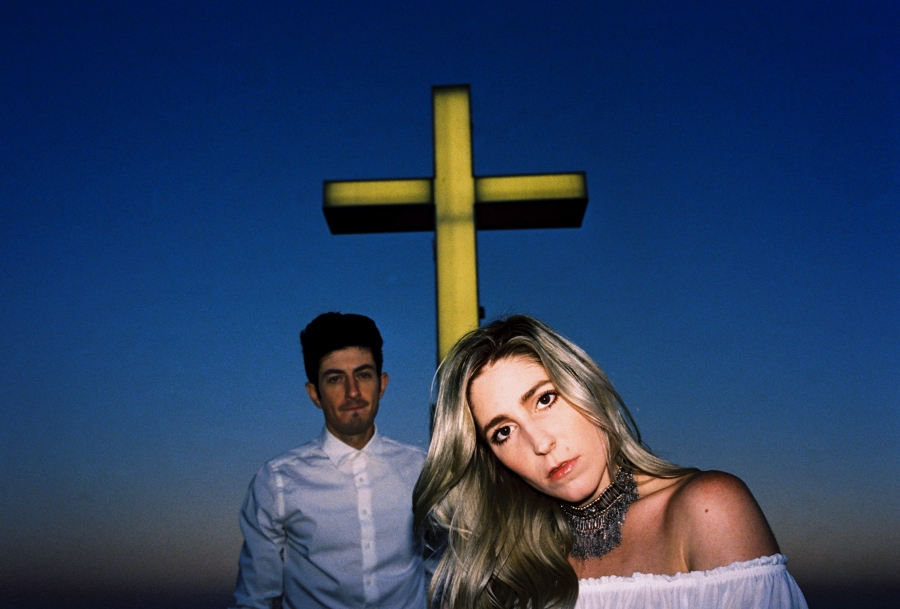 Long term couple Dana Hobson and Daniel Wolf didn’t initially make the journey from Chicago to Los Angeles to pursue music. But, after a decade’s worth of being together as a couple and six years in LA, Dana Hobson and Daniel Wolf finally decided to translate their relationship into musical form. Creating the eponymous Dana and the Wolf just over a year ago, they’ve come out with a handful of dance worthy electro-pop singles dealing with relationships of all types, from work to love, and everything in between. Now they’re here to address an often tumultuous relationship in the lives of many people: the relationship with a higher spiritual being.

Dana and the Wolf’s new single “Him” is a dark pop piece filled with sexy guitar licks and a bass line that simmers. Professedly written about breaking away from religion and God, the lyrics address many problems inherent in organized religion, for example, the ease with which some people use it to justify hate: “Even homophobes worship you / in the context that they so choose.” Although the song was written about Him with a capital “H”, it could be related to leaving any toxic relationship, where promises were broken and hopes were left unfulfilled.

With a debut album release not yet on the horizon, Dana and the Wolf are taking their time to build a following, which shouldn’t be hard with their strikingly unique sound. Hopefully the coming months will be bringing them to a venue near you.